The best-selling female band of all time is back on the road this 2022 for a concert tour that will undoubtedly excite all country music fans. Yes, The Chicks are back, and they are bringing their legendary music to the Cynthia Woods Mitchell Pavilion on October 8. Joined by the Grammy award-winning folk artist Patty Griffin, the formidable trio of Natalie, Emily, and Martie will rock the famous Woodlands, Texas venue in this night of unapologetic music from the country legends. Sing along to their classic hits, such as "Cowboy Take Me Away," Wide Open Spaces," and "Not Ready To Make Nice," among many others. Be one with the crowd in singing their newest anthems, "March, March," "Gaslighter," "How Do You Sleep at Night," and other songs from their latest album. Get your tickets now and prepare to witness another legendary performance from the one and only The Chicks! 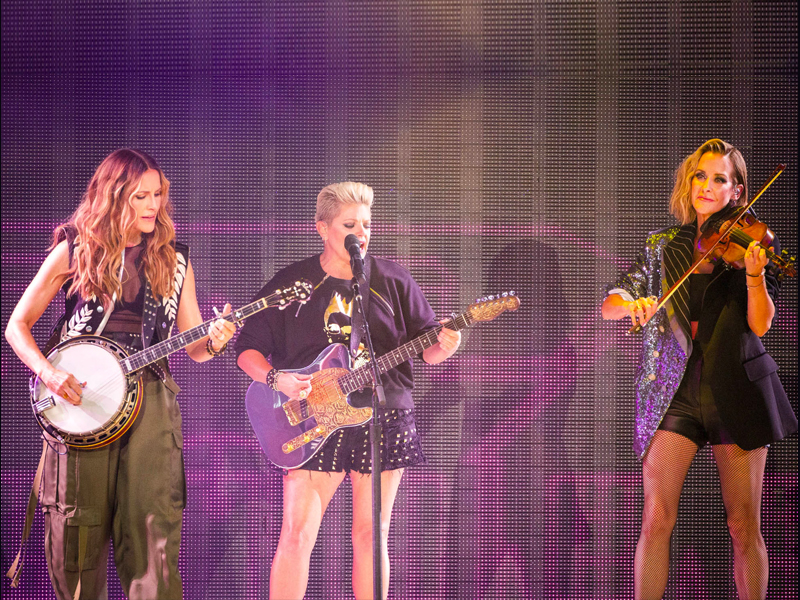 The Chicks (previously known as Dixie Chicks) released their critically acclaimed album "Gaslighter" upon their return in 2020. Natalie Maines, Emily Robison, and Martie Maguire fans worldwide have waited more than a decade for this to happen. Even before "Cancel Culture" became popular on social media, the Chicks were among the first groups to be targeted by it. Although the Chicks didn't succumb to the pressures and stayed loyal to their principles, they proved to be one formidable trio.

In addition to the Chicks' numerous popular songs, they are known for "You Were Mine," "Cowboy Take Me Away," "Not Ready to Make Nice," "Goodbye Earl," "Wide Open Spaces," and "Traveling Soldier," among many others. In 2020, "March March" became an unofficial anthem for the Black Lives Matter movement thanks to their new critically-acclaimed album, "Gaslighter."

Due to the pandemic, The Chicks' concert tour in 2020 was postponed. However, there is no stopping the trio from staging their concert this year. They have kicked off their massive tour this June at Maryland Heights, Missouri, much to fans' delight and excitement.

Due to public demand, The Chicks have recently added dates to their lineup of shows, including a night at the Cynthia Woods Mitchell Pavilion on October 8, 2022. Patty Griffin, a Grammy-winning artist, will accompany Natalie, Martie, and Emily on this show. Griffin is known for her stripped-down folk music songwriting style, which gained her a devoted following and wide acclaim. Consequently, her appearance on The Chicks show will definitely make the concert more exciting.