Join the legendary singer Rod Stewart as he embarks on his 'The Hits' tour dates for 2020! As he takes to the stages across North America this summer, Rod Stewart has announced he will be performing all of his biggest releases to date, giving his fans a chance to catch all of their favorites live in concert. To make the night even more special, he will be bringing with him Cheap Trick on support – book your tickets for an unforgettable night at Cynthia Woods Mitchell Pavilion on Sunday 30th August 2020! 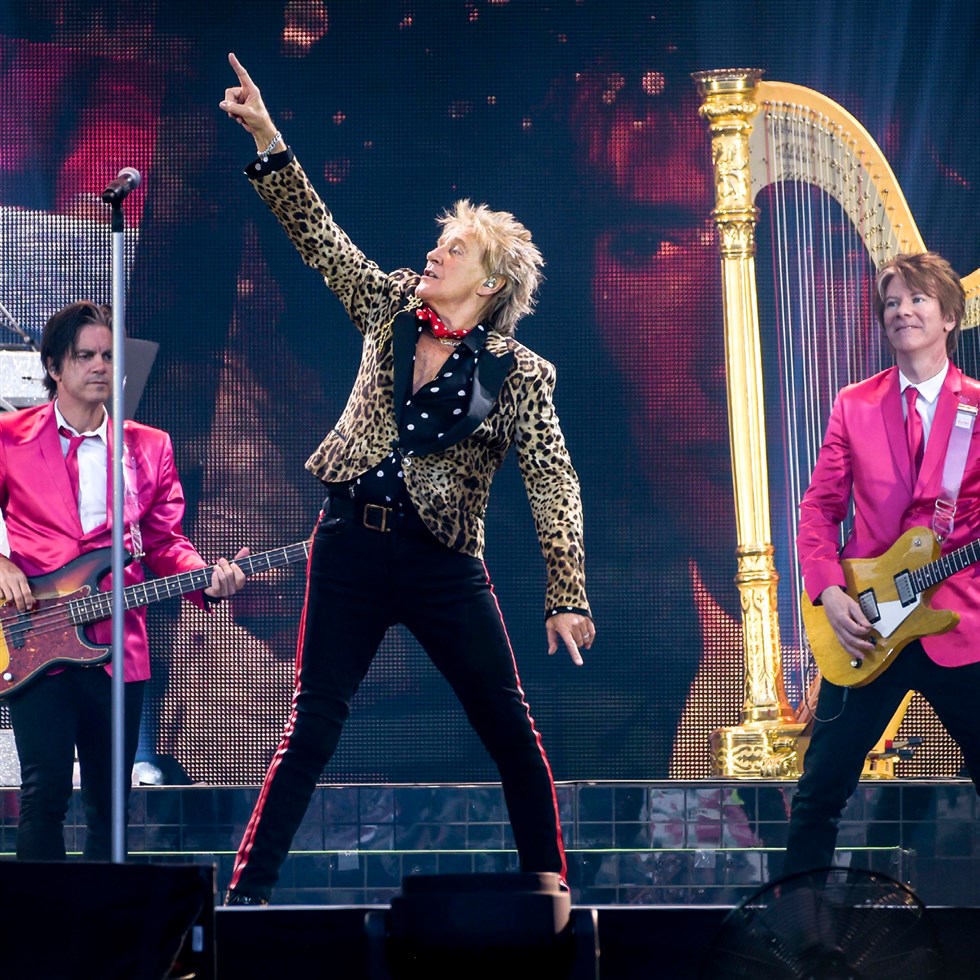 As one of music's most legendary rock artists of all time, Rod Stewart hardly needs an introduction. Hailing from London UK he built-up his reputation within his home country and Europe, along with his North American fan base that just can't get enough of his music. With a whopping one hundred and twenty million albums sold worldwide, and still counting – it's pretty clear to see why his career has become iconic.

With Rod Stewart's instantly recognisable vocal tone, known for his raspy rock edge, he highlights on his vocal abilities throughout his songs, making them even more unique, from his music during the 1960's up until today, Rod Stewart has given his dedicated fan base a long list of single releases from his debut of "Good Morning Little Schoolgirl" to some of his biggest hits including; Maggie May, All For Love, Sailing, Have I told You Lately, Da Ya Think I'm Sexy? plus so many more! His fusion of styles throughout the years has given a wider accessibility across the mainstream as he crosses over between rock, folk music, soul music, and R&B.

This talented artist has gained the respect from reviewers and critics alike and has stayed at the top of his game, hitting the charts with an amazing nine number one albums in the UK alone and sixteen singles reaching the top ten within the US. His career has spanned over the decades from his early days of the 60's, to the 70's, 80's and 90's, whatever the decade, Rod Stewart has kept up with the times and developed his sound to suit.

Rod Stewart is one of the longest standing, most successful artists in rock music, with incredible awards under his belt from Grammys to Brit Awards and his well deserved induction not once but twice into the Rock and Roll Hall of Fame in the mid 1990's and once again in 2012 as part of the group the Faces.

As Rod Stewart celebrates his career, he will be travelling across North America to bring his US fan base a real treat to the eyes and ears for 2020 as he performs all of his biggest hits to date! If you're a Rod Stewart fan or know of someone who is, this really is a concert that cannot be missed!