MercyMe comes to Cynthia Woods Mitchell Pavilion on Saturday 7th May 2022 for their upcoming Spring 2022 Inhale (exhale) tour. The tour is scheduled to visit thirty-six cities across the country and is a continuation of their fall tour. They also had to face certain disruptions on their schedule due to the pandemic. MercyMe will be supported by the opening act Michah Tyler, Sam Wesley, Rend Collective and Andrew Pip. The tour begins on 16th February from Nashville, TN, and concludes on 7th May in Houston, TX. If you want to see them live, hurry up and get your tickets right now before they are sold out! 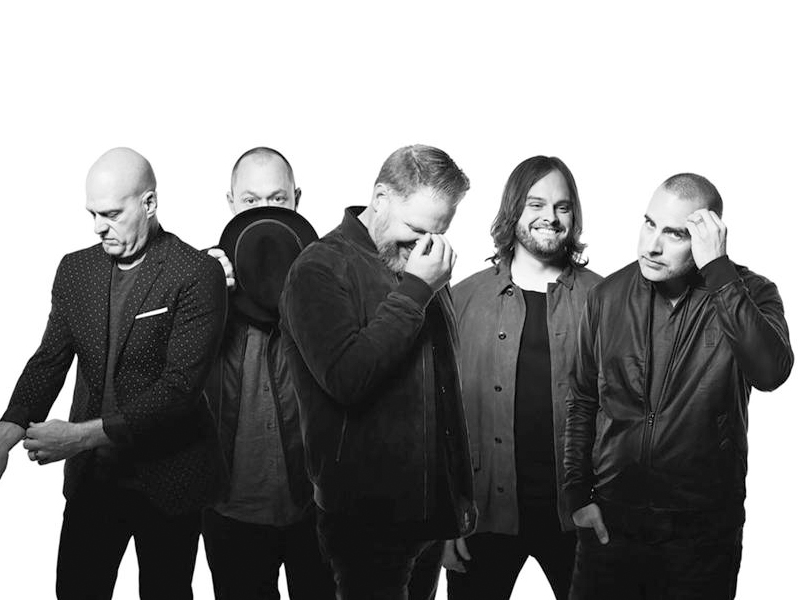 MercyMe is one of the most famous American contemporary Christian music bands: lead vocalist Bart Milliard, bassist Nathan Cochran, guitarist Micheal Scheuchzer and percussionist Robby Shaffer. MercyMe started out in 1994 and released six independent albums until 2001. In 2001, they signed INO records, and their breakthrough came with their crossover single, “I Can Only Imagine”. The single elevated their debut album, “Almost There,” to triple-platinum certification, and since then, they have been known worldwide for their wonderful music. They have now released eight full studio albums.
The Christian Music band has managed gold certification out of eight of their albums, and one of them has been among the greatest hits. They had 13 consecutive top 5 singles on the Billboard Christian songs chart and have won 8 dove awards. They also have several Grammy nominations, and seven of their singles have reached number one. Their latest album, Inhale (Exhale), has received critical acclaim from various music critics. If you want to hear some of those tunes and experience a very soothing atmosphere with some beautiful Christian music, you cannot miss out on this event. Hurry up and get your tickets right now!