Koe Wetzel comes to Cynthia Woods Mitchell Pavilion on Saturday, June 11th, 2022. Described variously as a "blend of rock and outlaw country," and "fusing country and grunge," whatever you call it, Koe is undeniably good, bringing a diverse blend of genres to his live set, and now with his new-ish album out, it's time you got to hear him live! So, buy some tickets and come on down for one of the most diverse country gigs ever. Sellout, is koe’s fourth studio album and came out in September 2020, coming in at number 88 on the Billboard 200. 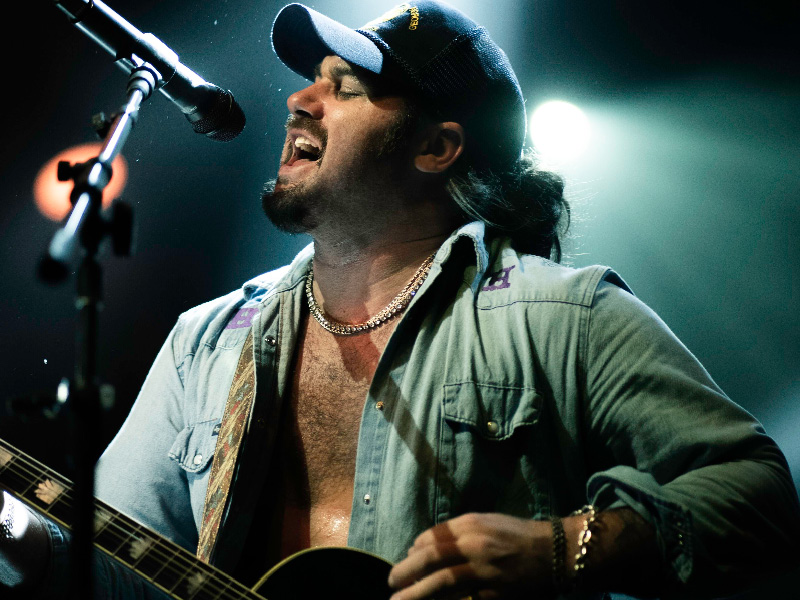 Arguably the biggest independent artist to come out of the Lone Star State since Aaron Watson, Koe Wetzel brings a diverse blend of genres to his live set, as well as his studio albums. Kicking out hard rock hooks with a twang bred in rough and tumble dives, yet meant for stadium stages. For as much as he unapologetically trailblazes between grunge, country, Americana, and damn near everything else under the sun, citing rock mainstays like Nirvana and the Smashing Pumpkins as his early influences, and adding in more traditional country legends like George Jones and Willie Nelson.
Since 2015, he has quietly sold over 200,000 units independently, cranked out 100 million streams and views, and went from playing bars with chicken wire in front of the stage to hosting and headlining his own packed-to-the-gills Koe Wetzel’s Incredible Music Festival surrounded by fireworks and thousands of screaming fans. Wetzel's hearty grassroots following got a mainstream country boost in March when he joined Hardy for a short acoustic run in Texas.
His latest album, Sellout, was named in reference to his finally giving into the tribulations of being independent, and signing with major label Columbia Records.