It's time to get ready as the stage is about to turn 'radioactive as the mega pop-rock hitmaker, Imagine Dragons" is set to kickstart its Mercury World Tour. The band behind global smash hits "Believer", "Demons", and "Radioactive" is back, set to dive deeper into their Mercury era with the release of their newest single "Bones" which gives fans a taste of the upcoming second act of their record "Mercury". The Mercury World Tour is taking a pitstop at Cynthia Woods Mitchell Pavilion on Thursday, 1st of September, 2022. Catch Imagine Dragons perform their biggest hits, fan-favorite tracks, and fresh new bops off of Mercury. So, book those tickets now! 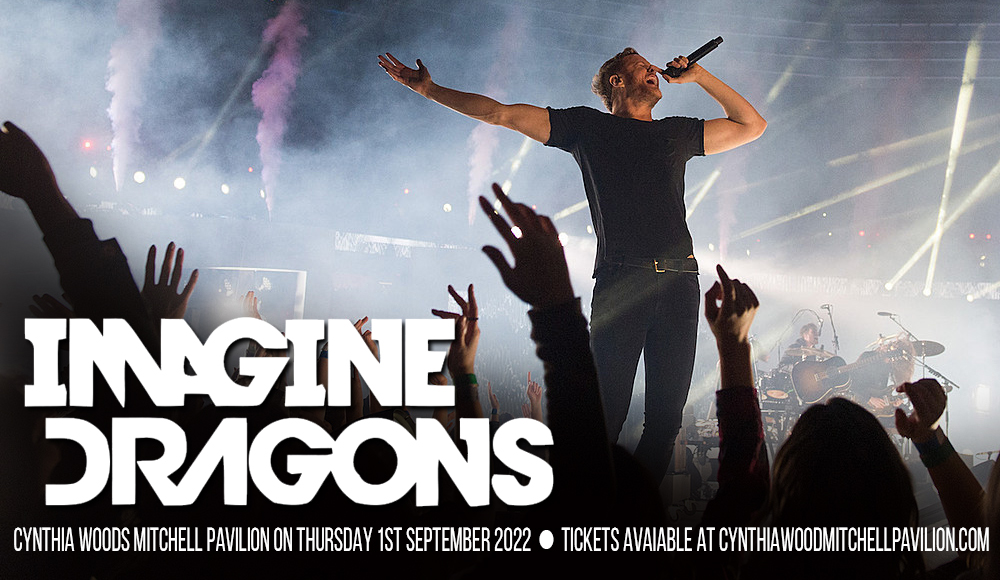 The world came to know Imagine Dragons through their 2012 smash breakout album "Night Visions" which featured mega-hits "On Top of the World", "Demons", "It's Time", and "Radioactive". Although, the band traces its beginnings to 2012 when two friends decided to form a band at university and recruited a couple of people to join in. They started dropping EPs and played local gigs.

2009 marked their first breakout at the Bite of Las Vegas Festival 2009 when they played for an audience of over 26,000 people after being asked to fill in when Train's Pat Monahan felt sick before the show. They started gaining more attention, and then signed with Interscope in 2011.

As they released their debut album "Night Visions", a radioactive explosion occurred on the global stage with Imagine Dragons dominating charts and sales with "Radioactive" certified 14x Platinum and "Demons" awarded Diamond by the RIAA.

From then on, the band continued to drop hits after hits with their succeeding records "Smoke + Mirrors", "Evolve", "Origins", and 2021's "Mercury – Act 1". More of their biggest hits over the decade include "I Bet My Life", "Thunder", "Believer", "Whatever It Takes", "Natural", "Enemy" with JID, and more.

After setting themselves as a crowd-favorite staple in mainstream pop-rock anthems, Imagine Dragons marked the new decade with the release of 2021's "Mercury – Act 1". With 2022 bringing in the big return of live shows across the country with the Mercury World Tour, fans are dying to hear the second act of their record. The band served fans a taste of the upcoming record with the release of "Bones" – a track where they sing 'Cause there's magic in my bones.

With magic in their bones, Imagine Dragons is set to bring back radioactive energy to their shows as the crowd goes wild to the band's biggest hits and live renditions of new tracks off of "Mercury". Don't miss out on the Mercury World Tour by grabbing your tickets now!