It’s a Shrek-Tacular Halloween Movie Night at Cynthia Woods Mitchell Pavilion on Saturday, October 16th, 2021. Buy some tickets, grab your kids and grab some fancy-dress costumes, for a fun night of Halloween festivities and a screening of Shrek on the venue’s large LED screens. The first 100 boys and girls to check in at Hocus Pocus Central in the North Plaza, fully costumed, will get the chance to march in the Goblin Parade. Come on, you can't possibly miss this! There will also be pre-movie entertainments, pumpkin carving and a load of other stuff for the whole family to enjoy. 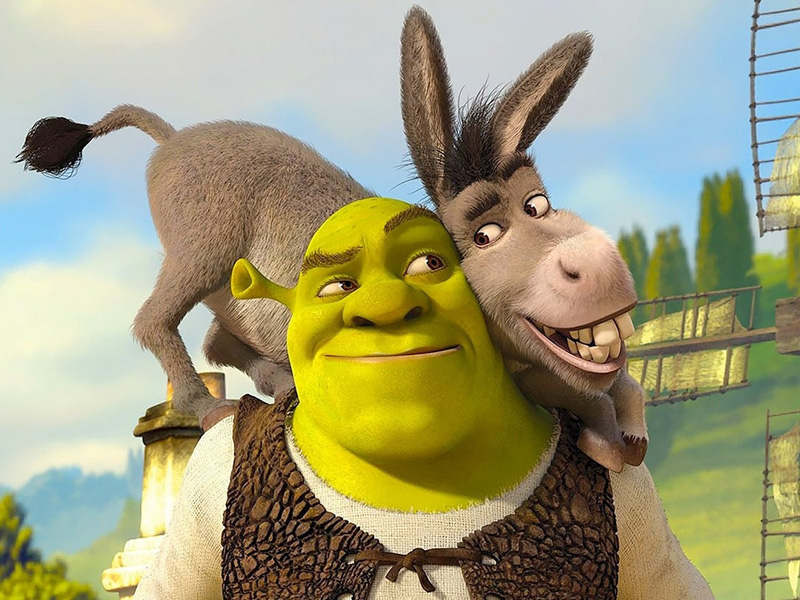 Come on a quest with the lovable, but grumpy ogre as he tries to evict the fairy exiles from his swamp, explain how a donkey is different to an ogre because he’s more like an onion, and rescue the princess from the fire breathing dragon!

Shrek first appeared on the big screen in 2001, it is a computer-animated comedy film loosely based on the 1990 fairy tale picture book of the same name by William Steig, and stars Mike Myers, Eddie Murphy, Cameron Diaz, and John Lithgow.
After premiering at the Cannes Film Festival, the film was widely praised by critics for its animation, voice performances, writing and humor, which critics noted simultaneously catered to both adults and children. Shrek won the first-ever Academy Award for Best Animated Feature and was also nominated for six British Academy of Film and Television Arts Awards, and it ultimately won Best Adapted Screenplay. Shrek also won 8 of the 12 Annie Awards it was nominated for, and has been included in many Top ten, Best of and Greatest Family films lists.

Pre-movie activities start at 5:30 p.m. and include making a swamp monster at The Pavilion Partners Arts & Crafts booth, photo opportunities with costumed characters and a variety of spooktacular games in the North Plaza. Guests will also get the opportunity to decorate and take home a pumpkin (while supplies last) courtesy of H-E-B.