Though 'we don't talk about Bruno, you can definitely sing to the hit track "We Don't Talk About Bruno" from the Academy Award-winning Disney film "Encanto" at Encanto: The Sing Along Film Concert tour, bringing the hit soundtrack to life at Cynthia Woods Mitchell Pavilion on Thursday, July 28th, 2022. Audiences are immersed in a one-of-a-kind experience where they get to relive the full film and sing along to their favorite songs as a live on-stage band performs in sync with the film. Disney Concerts highly encourages audiences to sing along to every word to your favorite iconic songs off of Encanto at Encanto: The Sing-Along Film Concert. Book your tickets now! 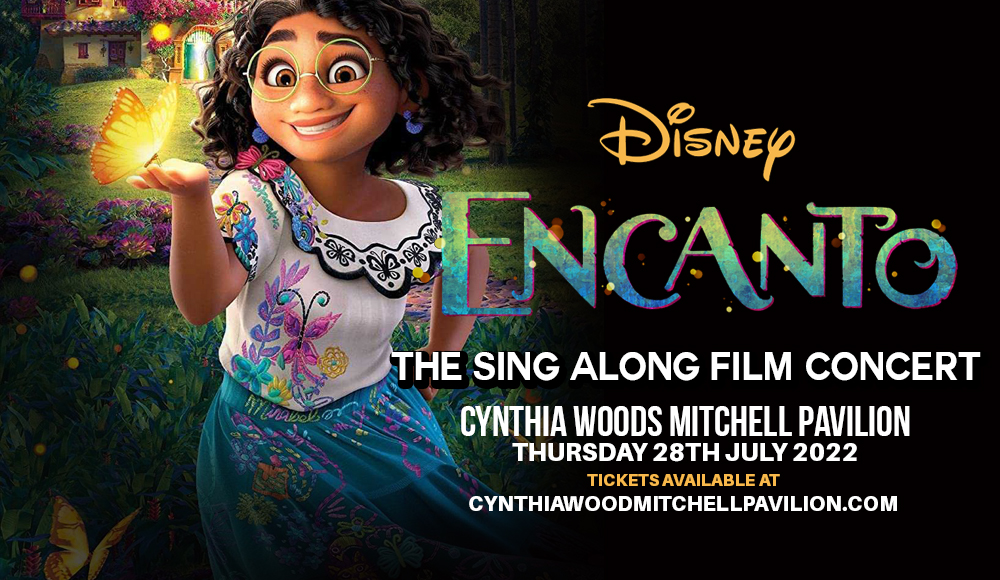 Disney Concerts brings you "Encanto: The Sing Along Film Concert", inviting you to re-live Encanto on the big screen and sing along to your favorite songs as a live band pops out on stage to deliver a concert in sync with the film. Disney says that on-screen lyrics are provided in case you might need some help with the words.

It's a one-of-a-kind concert and movie experience as the music comes to life at Encanto: The Sing Along Film Concert.

The Academy award-winning film Encanto follows the adventures of the Madrigals – an extraordinary family from Colombia blessed with magic passed on to every child except Mirabel. As Mirabel discovers that her family may lose this gift, she heads on to get to the bottom of it and save Encanto's magic.

Encanto has been highly praised for its characters, songs, animation, and cultural representation. The movie highly acclaimed for its emotional depth has bagged several awards including Best Animated Film at the Academy Awards, the Producers Guild of America, the BAFTAs, and the National Board of Review.

As Encanto takes over the big screen at Cynthia Woods Mitchell Pavilion with a live band to perform the film's hit soundtrack, get ready to sing along to your favorite songs such as "Dos Oruguitas", "All Of You", "Surface Pressure" and "We Don't Talk About Bruno".

Get ready to laugh, cheer, shed a tear, and sing at Encanto: The Sing Along Film Concert. Grab your seats now!