The British are coming!!! THE WHO HITS BACK! Tour 2022 invades the Cynthia Woods Mitchell Pavilion on Sunday, May 8th 2022 with Classic Quadrophenia and Roger Daltrey and his band. The Who are hitting most of the cities they were set to play in 2020 and bringing singer Roger Daltrey along with guitarist and songwriter Pete Townshend back to venues two years after their acclaimed MOVING ON! Tour. Grab your tickets now to one of the greatest rock bands in the world, let’s face it people, the British have won this one, for now. 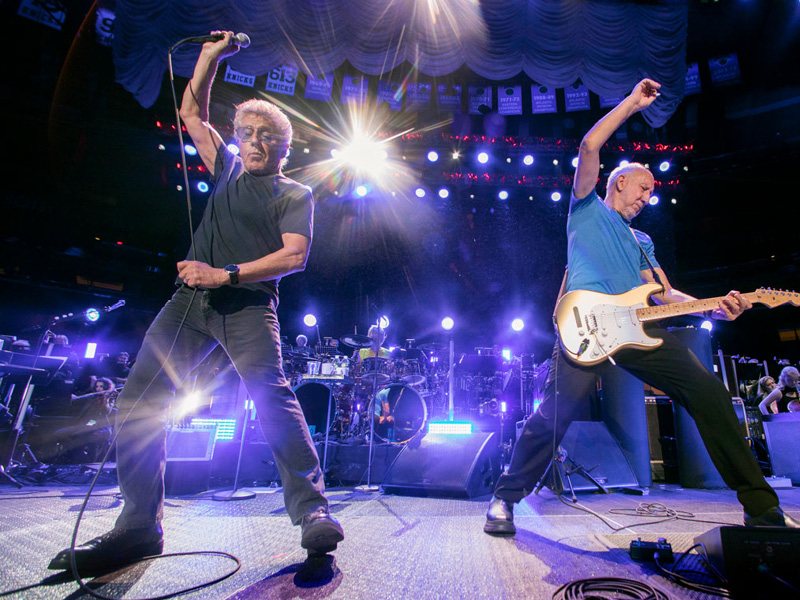 “…one of the greatest rock bands to ever take the stage.” ~ NJ Star-Ledger

This iconic English rock band formed in London in 1964 and are considered one of the most influential rock bands of the 20th century. Having sold over 100 million records worldwide, their contributions to rock music are more than just influential, they are credited with the development of the Marshall Stack, large PA systems, the use of the synthesizer, the origin and development of the rock opera genre, and their live show influenced the approach of hard rock and heavy metal.

The Who received a Lifetime Achievement Award from the British Phonographic Industry in 1988, and from the Grammy Foundation in 2001. They were inducted into the Rock and Roll Hall of Fame in 1990 where their display describes them as "prime contenders, in the minds of many, for the title of World's Greatest Rock Band", and inducted into the UK Music Hall of Fame in 2005.