It's exciting for folk-rockers The Lumineers, who are touring to support the release of their third studio album, III! The album marks a change of lyrical style from the band, as they lean into their darker, more cinematic flavors and tell the tale of a year in the life of the fictional Sparks Family! The Lumineers will be performing trakcs from the album, as well as the hits we know and love, at Cynthia Woods Mitchell Pavilion on Friday 15th May 2020! 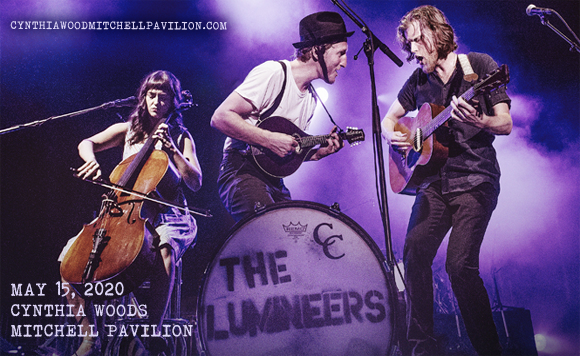 Rising to fame with the release of their international hit single "Ho Hey" in 2011, The Lumineers are an American folk-rock band, formed in New York City in 2005 by Wesley Schultz (lead vocals, guitar) and Jeremiah Fraites (drums, percussion). In 2010, the duo moved to Denver, Colorado where they met cellist and vocalist Neyla Pekarek, who performed in the band until her departure in 2018. Their eponymous debut album was released in 2012, and launched the singles "Stubborn Love" and "Submarines". The album peaked at number 2 on the Billboard 200 chart and was certified multi-platinum in the UK and Canada. Cleopatra, their 2014 second studio album, launched the singles "Ophelia", "Cleopatra", "Angela" and "Sleep on the Floor", and debuted at number one on the UK Albums Chart and the Billboard 200. III, their third studio album, is released in 2019.