Cynthia Woods Mitchell Pavilion hosts Majic Under The Stars, featuring Bell Biv Devoe, En Vogue, Tony Toni Tone and Stokley on Saturday, November 5th 2022. Grab some tickets and get ready for a packed night of R&B, soul, funk, new jack swing, pop, hip hop, and lots of dance under the stars! It's an all 80s lineup, with R&B Soul band, Tony Toni Tone, as well as the luscious, En Vogue, both hailing from Oakland, California, and your headliners, from Boston, the Award-winning, Bell Biv DeVoe will entertain with their own style of on-stage antics. 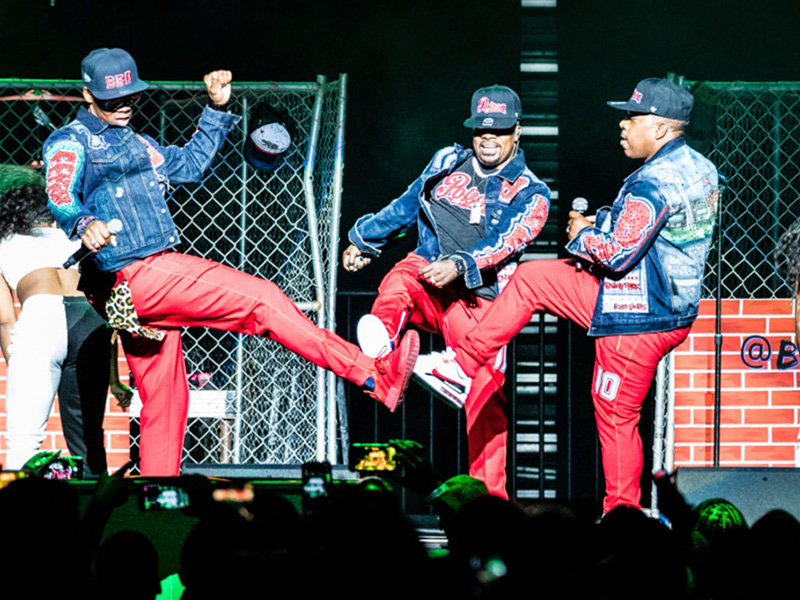 The band, Bev Biv Devoe, debuted their career with their album “Who” in 1988, followed by their Revival Album in 1990 is best known for their debut multi-platinum album, Poison, originally released in 1990. The group achieved their greatest commercial success with the double platinum certified Sons of Soul in 1993. With a musical career spanning 31-years, the group only producing four albums of original material. They have continuously toured and performed live, both as an act on their own and on several New Edition reunion tours. On May 30, 2013, Bell Biv Devoe performed their hit song "Poison" for Boston Strong, a benefit concert to raise money for victims of the Boston Marathon bombing. In 1991, the group received the award for Best R&B/Urban Contemporary Album of the Year, for Poison at the Soul Train Music Awards. In 1992 the group also received an American Music Award for Favorite Soul/R&B Band/Duo/Group.

From Oakland, California, Terry Ellis, Cindy Herron, and Rhona Bennett are the R&B, pop vocal girl group, En Vogue. With more than 30 million records sold worldwide they are one of the best female vocal groups of all time, with a staggering 7 MTV Video Music Awards, 3 Soul Train Awards, 2 American Music Awards, and have received 7 Grammy nominations!

Tony! Toni! Toné! Likewise, are a R&B Soul band from Oakland, popular during the late 1980s and early to mid-1990s. Tony! Toni! Toné! disbanded in 1996, after the release of their fourth album “House of Music” which the critics cite as being their best work. In 2003, members of Tony! Toni! Toné!, were invited to be guest artists by Alicia Keys, on one of her albums. The song that resulted from this invitation gave them their first Top 10 US hit in eleven years and a nomination for Best R&B Performance by a Duo or Group with Vocals at the 2005 Grammy Awards.