Houston Symphony presents the animated classic, Disney's The Little Mermaid In Concert at Cynthia Woods Mitchell Pavilion on Thursday, June 16th 2022. Bring the whole family to a stunning screening of “The Little Mermaid” played on three large screens, the Houston Symphony will perform the film’s Oscar and Grammy-winning score live, featuring one of the most beloved film soundtracks, with songs and score by Oscar-winning composer Alan Menken and lyricist Howard Ashman. Grab your tickets and come along to this not to be missed show! 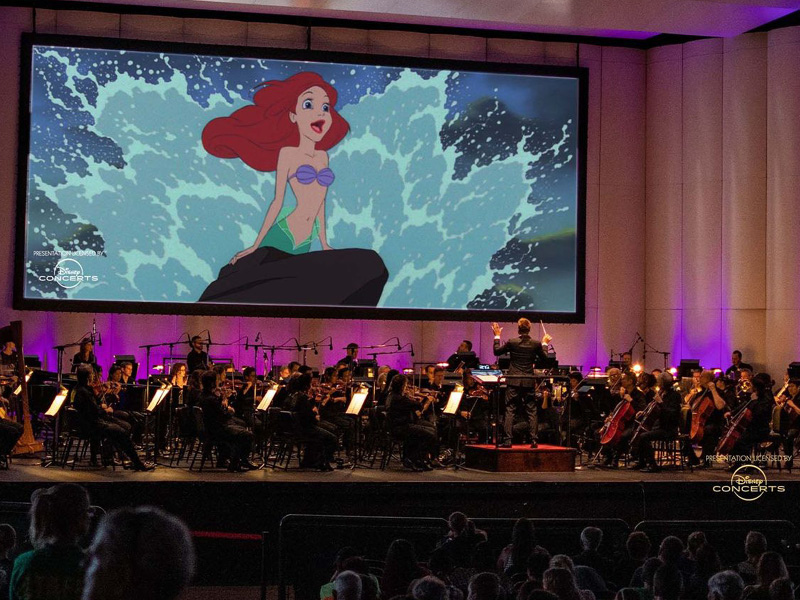 Disney’s animated classic, “The Little Mermaid” was the production companies 28th Disney animated feature film and came out in 1989 to critical acclaim, earning praise for the animation, music, and characters, winning two Academy Awards for Best Original Score and Best Original Song for "Under the Sea". It was written and directed by John Musker and Ron Clements and produced by Musker and Howard Ashman, who also wrote the film’s songs with Alan Menken. Menken also composed the film’s score. The film stars the voices of Jodi Benson, Christopher Daniel Barnes, Pat Carroll, Samuel E. Wright, Jason Marin, Kenneth Mars, and Buddy Hackett.

The story is loosely based on the 1837 Danish fairy tale of the same name by Hans Christian Andersen, and tells the story of a teenage mermaid princess named Ariel. She dreams of becoming human because she has fallen in live with the Prince Eric, and so makes a deal with the magical sea witch, Ursula to transform her into a human for three days. Within these three days, Ariel must receive the "kiss of true love" from Eric, and remain a human permanently. Otherwise, she will transform back into a mermaid and belong to Ursula forever… And Ursula is certainly not above cheating to get her way.