Ever wonder how the Beatles would have sounded if they had the chance to perform live in concert with a symphony orchestra? That question may sound far-fetched now that they are not here already, but we can certainly find out how our favorite British boys would have blended well with an orchestra, as one of the best Beatles Tribute bands performs live with The Houston Symphony this summer! The four musicians who look and sound just like the legendary band will bring their Classical Mystery Tour to Cynthia Woods Mitchell Pavilion on Wednesday, July 27. Presenting more than two dozen Beatles tunes performed exactly as they were originally recorded, the tribute band will surely take you down memory lane in this unique show the Beatles never did! Get your tickets, reserve the best seats, and prepare to witness this fantastic show. 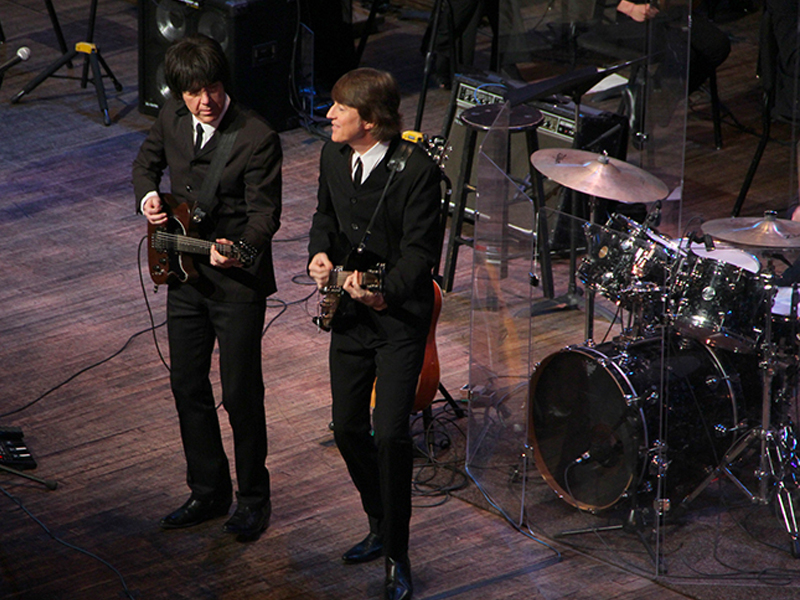 From the idea of Jim Owen, an American singer-songwriter, the show is a tribute with a twist to the legendary rock band The Beatles. For 25 years, they have mesmerized many rock band fans, young and old. Rave reviews are typical for the show as well. Los Angeles Times commented that it is "more than just an incredible simulation…the swelling strings and soaring French horn lines gave the live performance a high goose-bump quotient…the crowd stood and bellowed for more."

The tribute show has been on tour since February and has been announced to reach multiple US Cities. One of these is The Woodland, Texas's Cynthia Woods Mitchell Pavilion on Wednesday, July 27. Accompanied by the fantastic Houston Symphony, a historic orchestra that has been on the scene since 1913. It is one of the oldest in Texas –– a legend in its own right, to say the least. So what do you think? This combination of Beatles music and the magnificent symphony will surely enliven your deep appreciation for the band. This makes it seem like you have to buy tickets not only for yourself but also for your family, friends and special someone because no person will not enjoy this. If you are curious about this blend, you should click the "Get Tickets" button and see the show.