Prepare your ears because it’s about to get loud. Five Finger Death Punch, plus Megadeth and The HU and support from Fire From The Gods, at Cynthia Woods Mitchell Pavilion on Friday, September 2nd 2022. Yes, you read that right, Megadeath is opening for Five Finger Death Punch… just wow. Grab some tickets to the gig that’s going to be more metal than Megadeth’s own Metal Tour of the Year! 5FDP have a brand-new album on the way, and you get to hear it in its live, raw state for the very first time. Megadeth also have a new album, due in July. 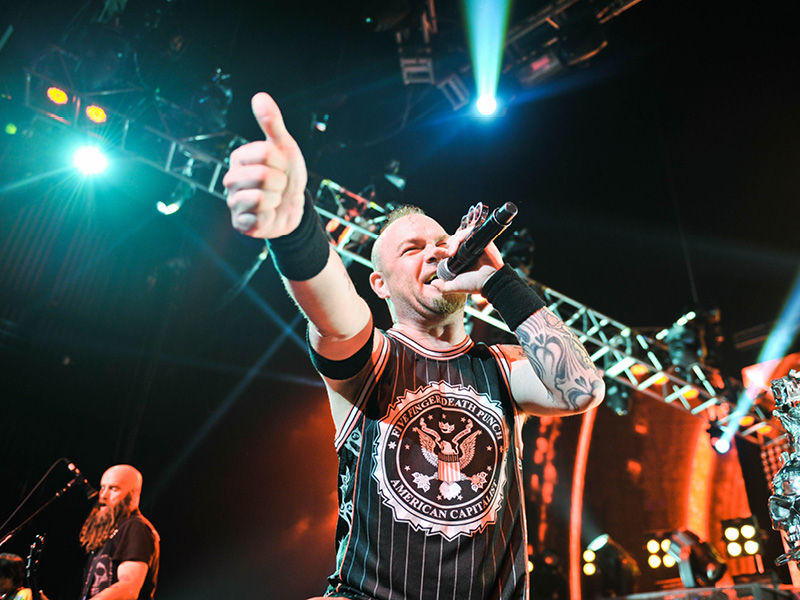 Five Finger Death Punch have dropped the title-track of their forthcoming ninth studio album, AfterLife. The band have stated that it will be their "arguably most diverse record of the band." The album is the follow-up to 2020s, F8, and is due to arrive later this year, although the album has not yet been given an official release date. Their previous album, F8, was released in February 2020, featuring the singles, "Inside Out", and "A Little Bit Off", both of which topped the Billboard Mainstream Rock songs chart. Five Finger Death Punch have also announced that they will be releasing a re-mastered and rerecorded version of their debut album, The Way of the Fist, for its 15th anniversary this year. 5FDP are a heavy metal band from Las Vegas, Nevada, formed in 2005, and are currently rhythm guitarist Zoltan Bathory, lead singer Ivan Moody, bassist Chris Kael, drummer Charlie Engen, and lead guitarist Andy James.

Megadeth, meanwhile, recently kicked off the second leg of their co-headlining “Metal Tour of the Year” with Lamb of God. The thrash veterans are tentatively slated to release their 16th album, The Sick, The Dying and The Dead, in July. The album follows their previous work, Dystopia, from 2016, which was widely considered a return to form for the band, debuting at number 3 on the Billboard 200 and the title track earned the band their first Grammy Award for Best Metal Performance in 2017. Megadeth is a heavy metal band formed in Los Angeles in 1983. They are by lead singer and guitarist Dave Mustaine, guitarist Kiko Loureiro, and drummer Dirk Verbeuren.