A Friday night filled with authentic country music comes your way this October 28th, as the country music royalty Chris Stapleton brings his All American Roadshow to Cynthia Woods Mitchell Pavilion. With guest Elle King and Morgan Wade as an opening act, the multi-Grammy award-winning singer will perform his hit singles from his most recent album, "Starting Over," as well as his classic hits "Tennessee Whiskey," "Broken Halos," and "Nobody to Blame," to name a few. Secure your tickets now and let this country music star take you in a trance state through his incredible storytelling and soulful songs. Be sure to click the "Get Tickets" link to order your tickets now! 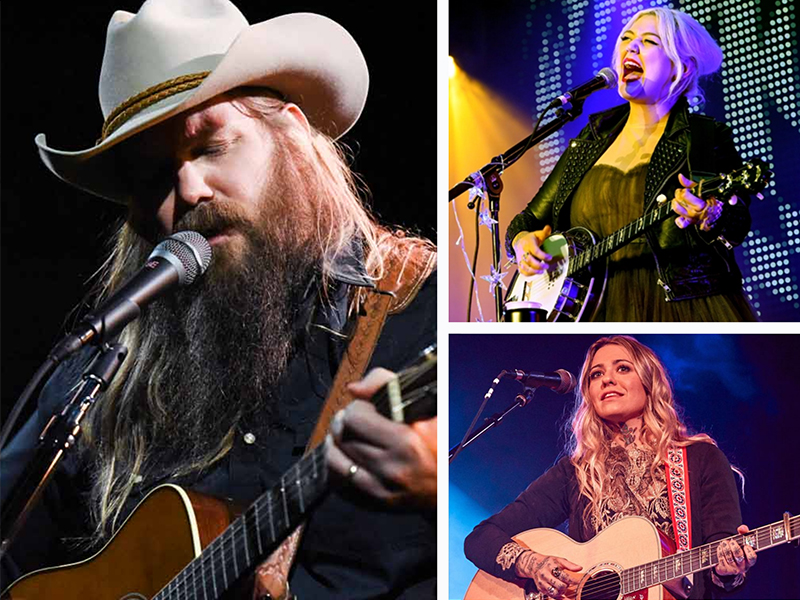 No one has taken the country music scene in recent memory quite as Chris Stapleton did. The musicality and lyricism of the country's "Golden Child" have captured country music fans all over the world. With countless awards and recognitions under his belt, he continues to give his ever-growing fans songs that are universally liked, adored, and respected.

Stapleton's catalog of songs is diverse in style and story. Thus, he reaches many people with different "country music needs," so to speak. His impressive and powerful vocals, pure raw emotion, heartfelt lyrics, and an earnest ear for melody set him apart from a sea of White-Man-With-Guitar country musicians. His single most significant gift is his ability to, time and again, deliver songs that feel comfortable and familiar. If you want to immerse yourself in his live music this fall, then this is your chance to finally see the highly-celebrated country star.

Along with Elle King and Morgan Wade, Stapleton will stop at Cynthia Woods Mitchell Pavilion this October 28th, Friday. Expect to hear songs from his recent album "Starting Over," which won the recently-concluded 64th Grammy Awards. In this Woodlands, Texas stop of his All American Roadshow, the singer-songwriter Elle King will serve as Stapleton's guest. King is most notable for her hits "Ex's & Oh's," "America's Sweetheart," "Drunk," and "Can't Be Loved," among many others. She is known to make memorable music events in her live events. Thus, it was no surprise when the Academy of Country Music recognized her in 2016 and 2020 for having the "Best Music Event" in both years.

The newcomer Morgan Wade will open the show for Stapleton. Wade is a native of Floyd, Virginia, who released her first album in 2018. Released independently, the album is only available for digital download. In 2021, she released "Reckless," an album that reached #30 on the US Country Charts, #8 on US Folk Charts, and #2 on US Heatseekers Charts. She is known for her chart-topping song "Wilder Days."

Catch these fantastic country music acts this October 28! Get your tickets here by clicking on the "Get Tickets" button.