Are you ready for OK Orchestra? AJR present their newest, and best album to date! So, start your 2022 concert season off with a “Bang” and one of the biggest album releases of the year. AJR, The OK Orchestra Tour at the Cynthia Woods Mitchell Pavilion on Saturday, April 30th 2022. Grab your tickets now to a summer that is undoubtably going to be “Way Less Sad” than last year! Adventure Is Out There, so come on, more instruments, more new music, more summer and much more fun! 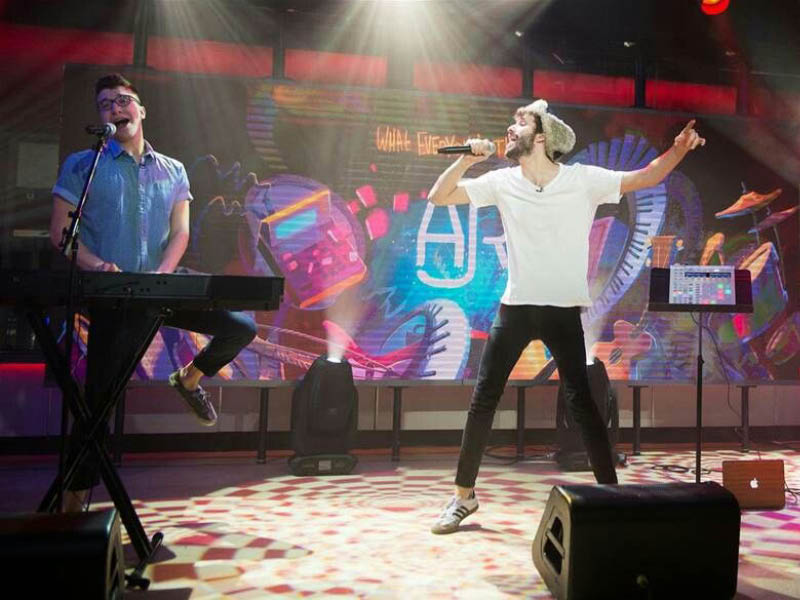 The brand-new album from AJR, OK Orchestra, debuted at number 1 on the Billboard Alternative chart and Rock chart and number 10 on the Billboard 200 chart on release. It features the platinum-certified single, “Bang!,” which peaked at number 8 on the Hot 100, becoming the band's first top 40 entry, and first top 10 entry ever, gaining the band their first-ever Billboard Music Award for Top Rock Song. OK Orchestra also has the hit summer song, "Way Less Sad" which peaked at number 4 on the Rock Airplay and number 5 on the Hot Rock and Alternative Songs charts. The new album breaks away from some of the stereotypical moods that AJR has created and does something entirely distinct and enjoyable, and it’s refreshing to hear the talent of these three brothers really shine when they take those steps to craft something truly new to them and their genre.